I was commissioned to create a series of six murals for the interior walls of the newly renovated, New York Public Library’s Mid-Manhattan Library located at 40th and 5th Ave. These murals are located in the Teen Center, where teens from all over the city come to use the recording studio, media lab, take classes, study or just hang out after school.
I am a mother who has raised two teenagers in this city and a native New Yorker, who was greatly effected by growing up in this exciting, cacophonous, diverse, ever changing city. These murals are a celebration of being a teenager in New York.
The murals are located in a library, therefor I created a narrative that flows through all six murals. The first mural one sees is a large graphic teen wearing a backpack, announcing whom this space is designed for. They like, all teenagers carry their world in their backpack. The contents of this bag, flow out and across the adjacent glass walls of the recording studios on fanciful tendrils. These colorful tubes are inspired by the graphic colored lines of this city’s transit maps.
In the next mural, on the back wall of the computer room, we zoom out to see a group of teens, in the carefully choreographed dance, that is walking on the crowded streets of New York without bumping into anyone. The interlocking figures are reminiscent of the Wild Style graffiti that adorned the subway cars of my youth. Each teen’s backpack is transformed into an object, that along with their clothing is inspired by their divers interests. Next a small mural, on glass is a large figure, that mirrors the first mural. He is reading a book, colorful tendrils holding fanciful objects emerge from the paged of the book, making real the world of the book. Turning the corner the next two murals are of figured sitting on buildings. Vines covered in leaves and flowers grow out of their backpacks and reveal the contents of their bags. These rooms are the parks of the cityscape, a respite like Bryant Park on which the Main PublicLibrary sits. Zoom out further to reveal the final mural, a panorama of the whole city. Giving this windowless basement space a Windows on the World view. Large colorful teenagers lounge on the building and read, this is their city. 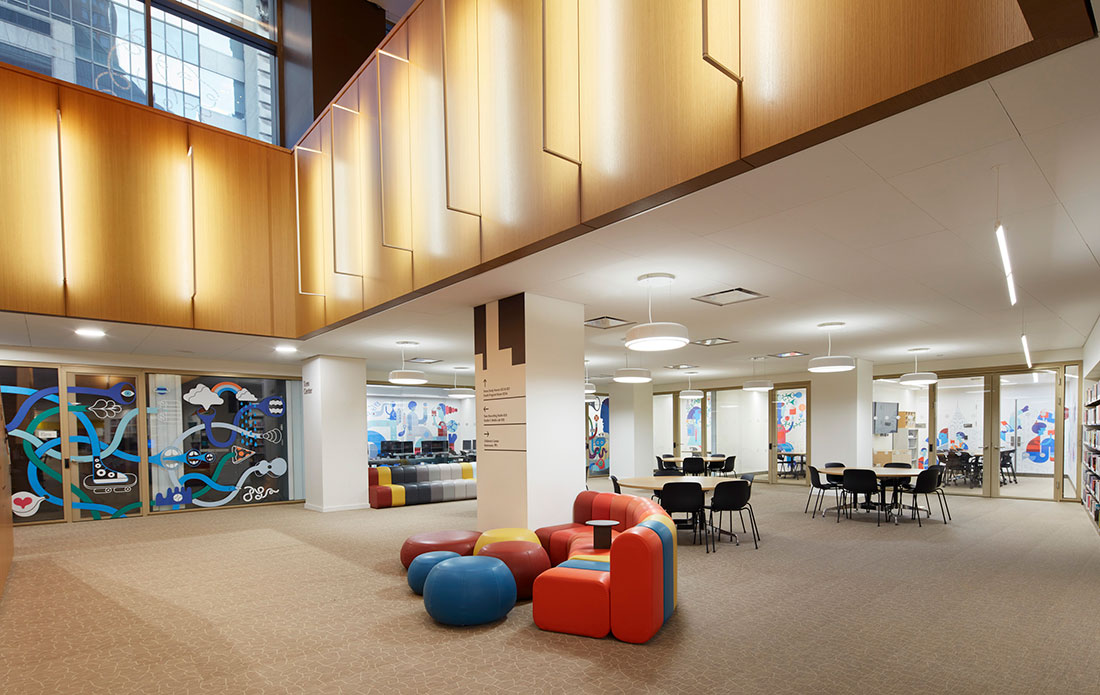 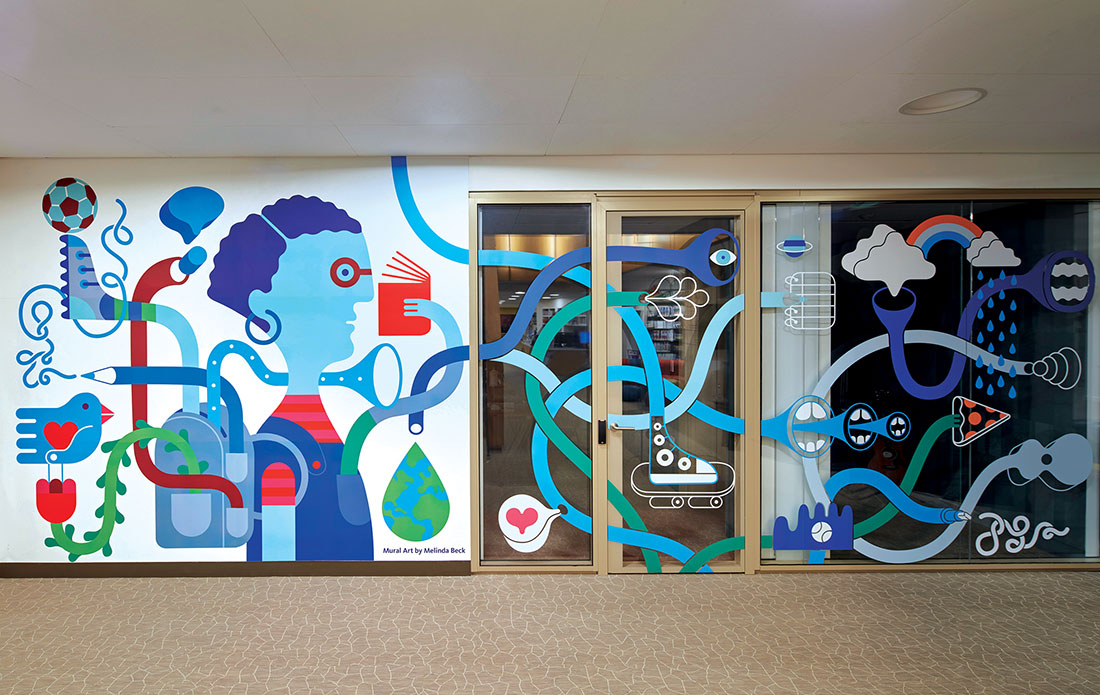 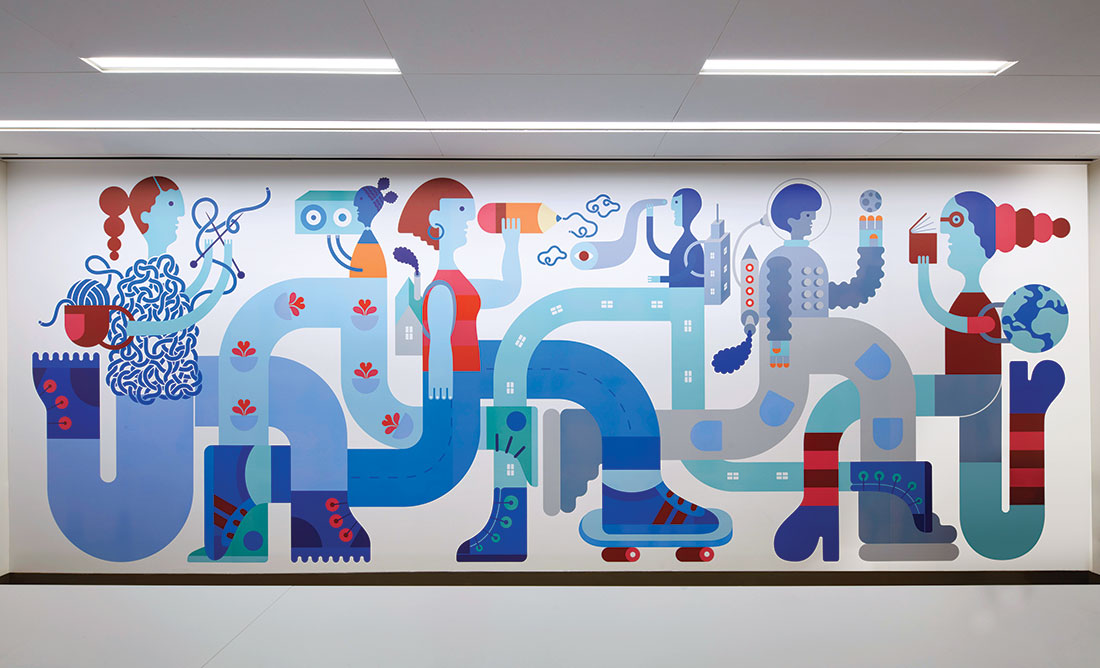 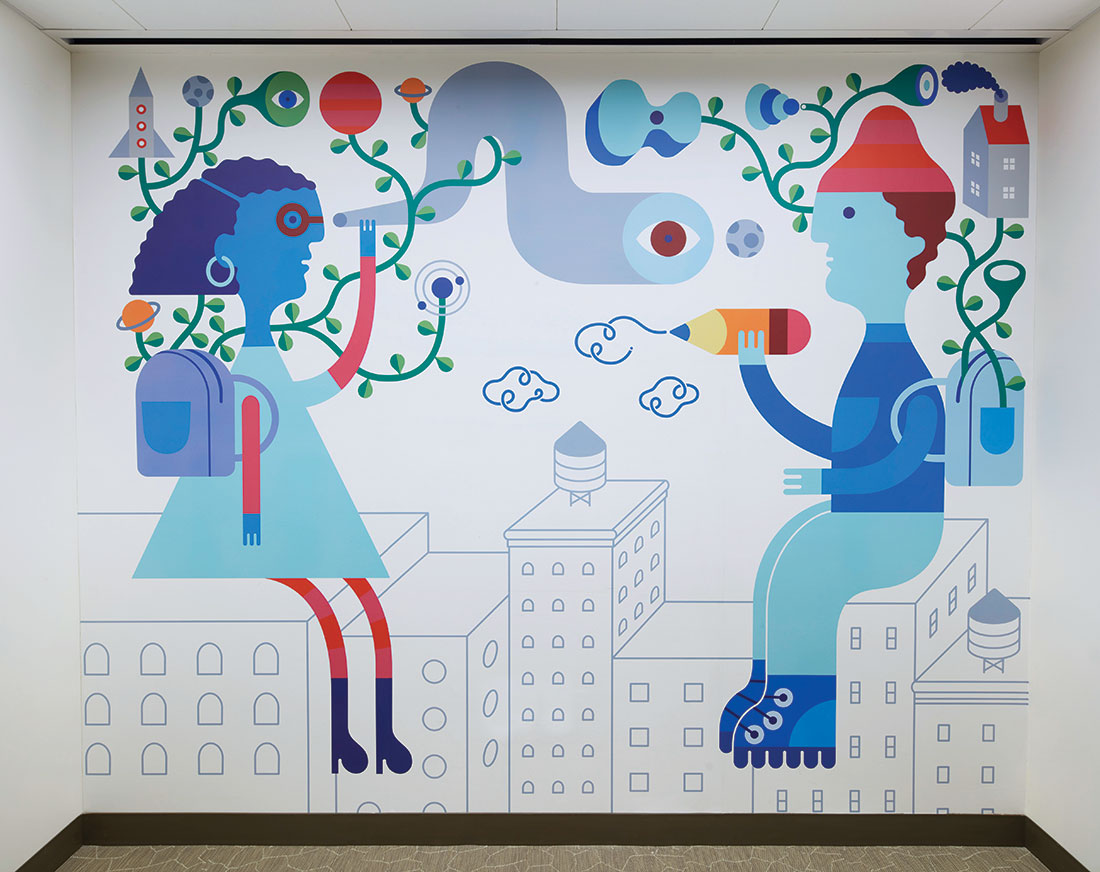 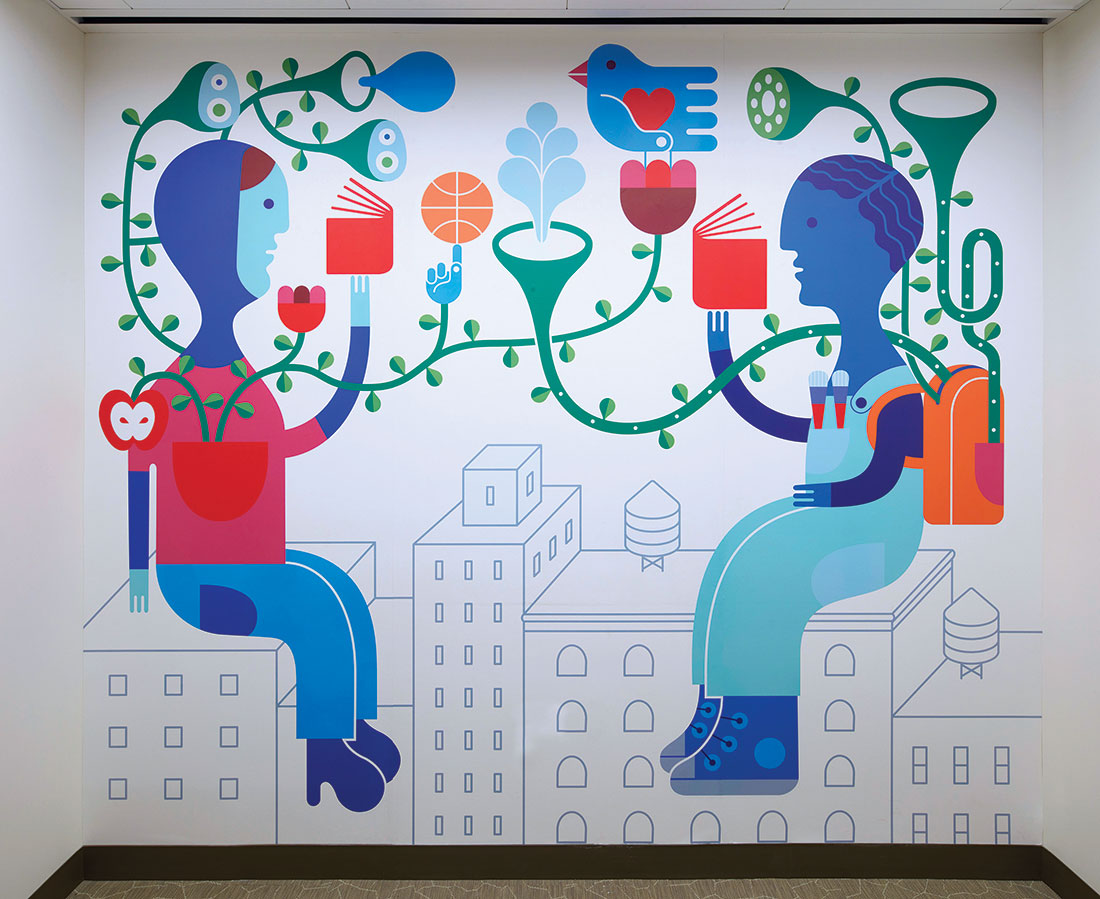 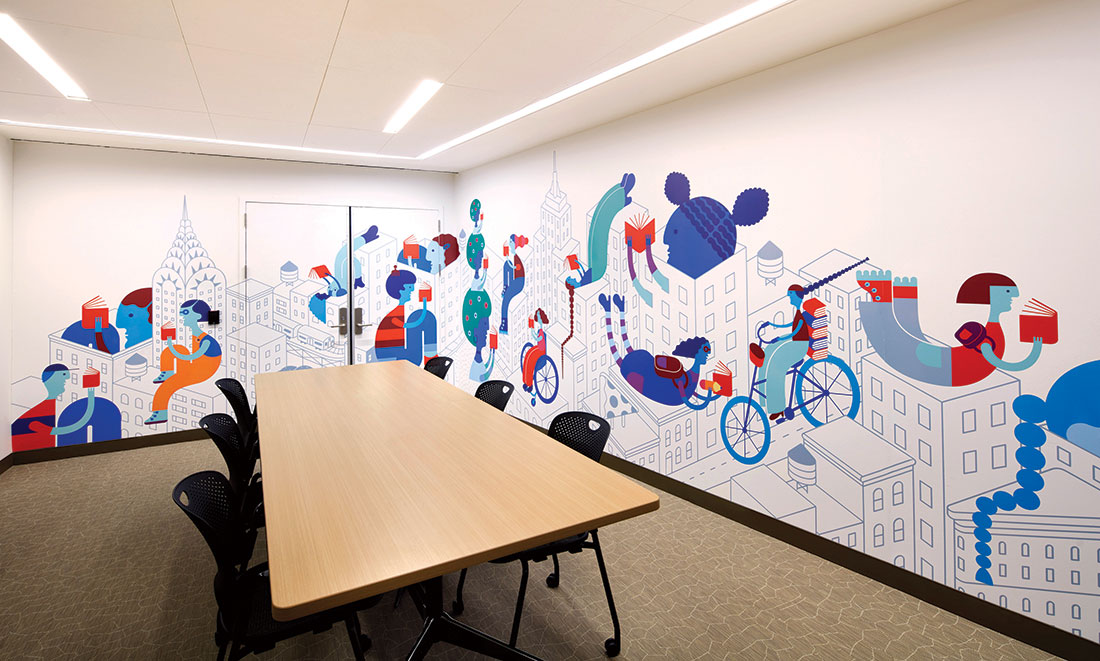